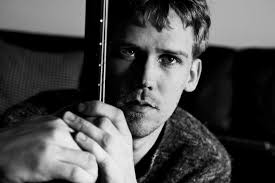 The award winning guitarist Mikkel Egelund Nielsen was born and raised in Bornholm, where at the age of 8 he started playing guitar at Bornholm Music School. He has since played concerts nationally and internationally. Both as a soloist and in chamber music contexts. In addition to his solo work, Mikkel is a dedicated chamber musician who often performs in duo with the guitarist Simon Wildau, soprano Annemette Pødenphandt and accordionist Bjarke Mogensen.

Other important teachers have, among other things, been the Danish luteist Viggo Mangor and Spanish guitar professor Álex Garrobé, whom Mikkel has attended Barcelona at L’Escola de Música de Barcelona in the period 2010-2011. In addition, Mikkel has participated in a wide range of Masterclasses with renowned guitarists such as: David Russell, Pepe Romeo, Marcin Dylla, Göran Söllscher, Leo Brouwer, Aniello Desiderio, Judicäel Perroy etc.

Mikkel has participated in countless festivals and been the finalist at several major international competitions around the world. Most importantly, here is the 1st prize at the London International Guitar Competition 2013. One of the biggest international awards a Danish guitarist has ever won.

Mikkel has also performed in radio and television transmissions, among other things. at the great German radio channel WDR, where, due to his special talent, he was chosen to play a solo concert ‘Live on Air’. He has also performed for the Danish Crown Prince pair and the game for the official opening of Aarhus Festuge 2011 from Aarhus Theater’s balcony. He has also been a soloist in Poul Ruder’s 1st guitar concert “Psalmodies” together with AROS Ensemble and conductor Søren K. Hansen and soloist in Luca Francesconi guitar concert ‘A Fuoco’ together with the International Ensemble Modern Academy (IEMA). 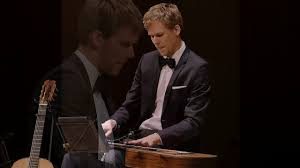 Mikkel has built a large number of works in all genres; from renaissance to new modern contemporary music, with a special interest in contemporary music, he has collaborated with and received dedicated works by several composers such as Jonas Asplund and Christos Farmakis, and participated in the performance of several newly written works.