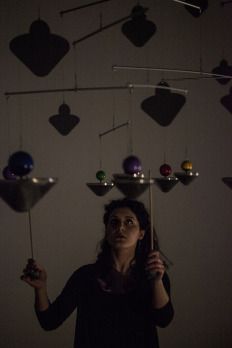 Katerina is a percussionist and performer based in Copenhagen, Denmark. Studied classical percussion with Gert Mortensen and got a Master’s degree from The Royal Danish Academy of Music. She got her first degree in percussion from the Acropolis Art Center with Konstantinos Vorissis. Katerina has a degree in musicology from the Kapodistrian University of Athens.

She collaborates with various ensembles, playing from early music to new and contemporary music and has a duo with the cembalist and organist Babett Hartmann.

She performs and collaborates with the upcoming media artist George Koutsouris on his installations and live performances. 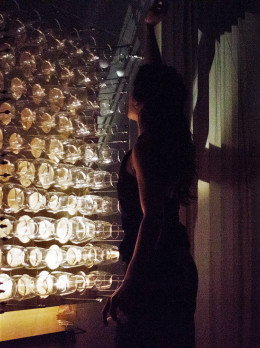 Katerina is active as an orchestra musician and has assisted the Royal Danish Orchestra, played with Copenhagen Philarmonic, and has been awarded the Orchestral repertoire Prize from the Danish Radio Symphony Orchestra, for best improvement in 2016.